In History, as we are studying the Industrial Revolution, each one of us had to look for an innovation from that period and research about it: how it worked, who invented it, when was it invented, etc. I chose the Cromton’s Mule, by Samuel Crompton. This is a video that shows how it worked:

In Business, Maria Aragone prepared for us this great Slideshare with a summary with the most important information of Section 1 of the book.

In Business, we continued going over the topics we had seen this far for the IGs. For this section (2) I was assigned chapter 9: Internal and External Communication, along with my group: Mara Ripoll, Catu Grosso, Tomas Borda, Bautista Olaizola and Pancho Mosquera.

In Business, with Mary, we’ve been going over the topics we have seen this far (from last year and this one) that will be included in the IGCSE. For this reason, we organised in groups, each one resposible for 1 chapter of the section and we had to prepare a presentation of it. This month we started with Section 1. I worked with Delfina Miy Uranga, Josefina Catani and Luz García Fernández, and we were assigned chapter 3: enterprise, business growth and size.

In Language, Dani asked us to prepare an article on an Indian festivity in groups. I worked with Mara Ripoll and this is our article on the Indian Festivity Dussehra. 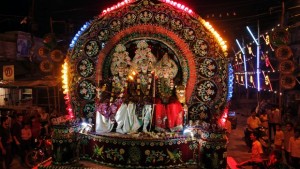 Dussehra is a Hindu festival, approved holiday in India, that celebrates the victory of good over evil. Also known as Vijayadashami, this festivity is not only celebrated in India, but also in Nepal, Sri Lanka, Bangladesh and parts of Pakistan in October. According to the Hindu calendar, it is marked on the 10th day of the bright half (Shukla Paksha) of the month of Ashvin (Ashwayuja). Although Dussehra is celebrated in different ways across India and many different countries, the motive remains the same: to spread good cheer and celebrate the victory.

Many people celebrate Dussehra through special prayers, food offerings to the gods at home or in temples, the hold of outdoor fairs and large parades with effigies of Ravana which are then burnt on bonfires. Government offices, post offices, banks, stores, businesses are closed during the procession of the festival. Transport also sticks to the stoppage, however if anyone needs to use it must contact the local transport authorities.

The day in which it is celebrated, is believed to be the day that Lord Rama killed the demon-king, Ravana and rescued his abducted wife Sita. What happened was that Rama, along with his brother Lakshmana, headed towards Lanka (Ravana’s Kingdom) in order to go to war with Ravana and rescue Sita. Rama finally defeated and killed Ravana. This is commemorated and celebrated as the triumph of good over evil, or the triumph of virtue over sin.

During the celebration there are several symbols seen. These include bonfires and fireworks, paper and wood effigies of Ravana, which are often burnt with the bonfires, and red spots painted on people’s foreheads.
We believe this festival is unique and represents a lot to the Hindu culture. It is very important that this remains a tradition because it preserves the values of people and it shows how many people get together to pay tribute and honor to this tradition that represents the triumph of good over evil.