In Literaute we have read the story: ‘A Horse and two Goats’, and we had to write an essay about it’s main theme: the clash of cultures. This is mine

The most important theme in “A Horse and two Goats”, and in fact the central theme of Narayan´s work, is the clash of cultures. Do you agree?

Firstly, one of the aspects that is dealt with in this clash of two opposing cultures, is the lack of communication between Muni (Indian) and the tourist (american). They both meet and try to interact which becomes impossible due to the fact that they speak different languages: Muni speaks Tamil and the American, English. “The foreigner nodded his head and listened courteously though he understood nothing”. However, they continue chatting nonsense. Each one speaks about his own life and local calamities, with no awareness that the other hears nothing. This misunderstanding is caused because Muni does not know anything about America and the American tourist does not know much about India. So it´s the lack of knowledge of in the other´s culture that does not permit their interpretation. The conversation between Muni and the “red-faced” is ironic and ridiculous. For example when the foreigner arrived, he asked for a gas station and Muni thought he was a policemen and started to declare himself innocent: “Muni shrank away (…) perhaps he (the American) was trying to (…) arrest him”. He was afraid of him and wanted to go away innocent as fast as possible.

Secondly, another aspect is the relationship between the coloniser and the colonised, and their different realities. The foreigner is the American and the colonised, Muni (India). The American is taking away India’s culture from Muni by buying the statue of the horse. “Isn’t this statue yours? Why don’t you sell it to me?” This unknown foreigner enters the village of Kritam and pretends to take away a statue, that for Muni means a lot: his past, culture. These 2 characters are very different: Muni is poor, rural, uneducated, Hindu and black, while the American is white, educated, urban and wealthy. Muni ends up speaking about his religion and Indian mythology, which shows that his culture is more centered on faith and belief. The foreigner, on the contrary, is very focused on business and negotiating a statue, demonstrating that his culture is centered on money. The American is accustomed to living in the 1st world where everything is modern, evolutionary and urbanized, whereas Muni lives in the 3rd world and he is poor and can’t adapt to the new world, to modernity and to new changes. He is unable to move on, stuck, getting old. He is compared to the horse: “…no one noticed its existence”. The statue was also stagnant, unable to move forward.

In conclusion, the most important theme in the story is the clash of cultures, as there is an encounter between two very different nationalities, which deals which different aspects.

We had to make a HIstory presentation about the Nazi rule. I worked with Epi and we made a Mural.ly.

In Language, we read the short story “An Astrologer´s Day” and Pilar gave told us to write an opinion piece to analise it, work on it and undertsand it better. I worked with Bauti and Agustin. TASK.

“An Astrologer’s Day” is a short story written by R. K. Narayan. The story is about a man who ran from his native village and now worked in India as an astrologer. The man was not trained to become an astrologer and had little knowledge of the stars, he said what the people wanted to hear, he satisfied them with what he says. Also, spoke only after the client has revealed enough about himself. One day, when he was about to leave, an unknown client arrived and challenged the astrologer, saying that he was not really an astrologer. The man demanded the astrologer to tell him something worthwhile about his future. He offered to give the astrologer double his fees if he was satisfied with the answers given by him. The astrologer told the client that he had been stabbed and surprised the client by addressing him by his name: Guru Nayak. Guru told the astrologer that he wanted to take revenge from the man who stabbed him. But the astrologer told him that the murdered had died having crushed under a lorry four months earlier. And that he had to return to his village because he was not safe there. So he gave him some rupees and went away. The astrologer came home and told his wife that a big load was off his mind because he had discovered that the man he thought he had murdered years ago in his native village and because of whom he had left home, was in fact alive.

The main characters of the story are the Astrologer, the client and the astrologer’s wife. The Astrologer is the protagonist of the story. He has a variety of personalities. He is very well described by the author: “His forehead was resplendent with sacred ash and vermilion and his eyes sparkled with a sharp abnormal gleam” and wore a “saffron-coloured turban around his head”. The only thing the astrologer didn’t know anything about was ‘Astrology’ but he was intelligent and waited 10 minutes for the client to walk and then satisfied his clients with his prophesies. The client was called Guru Nayak. He was the person the astrologer had stabbed and left for being dead when they were youngsters. And he didn’t know the astrologer was the one who had stabbed him. And last, the astrologer’s wife who plays an important role because she helps the astrologer to face the crime. However, she only appears at the end of the story so we don’t know very much about her.

This short story is set in India. Although the setting is not mentioned in the story, we can realize it because of some words used that appear in italics. For example: jaggery which is a dark brown sugar made in India, pyol that is a sort of front stop where Indians often visit with neighbors and watch the world going by. And also because of the Rupees that are mentioned in the story, which are the official Indian currency. Furthermore, the capital of Bombay which is a very important city of India. Added to this, in the story, it is mentioned that the astrologer wore a turban on his head which is very characteristic form India.

We can identify 3 themes in “An Astrologer’s Day”: 1)Desire to know the future as people were desparate to pay to know their future, and they didn´t realize that it was all a lie that the astrologer could invent a prediction after the client had been speaking for 10 minutes; Cleverness because the astrologer had to be very clever in his life to succed in his job, with all the guilt he was carrying and escaping from his own house; and Blind fate since the destinies that the astrologer predicted were fake and made up by him, so the people believed what he said about their future which wasn´t true.

And last, we can spot some ronic elements. An ironic element for us is that the astrologer had to guess his own future when the client asked him if the one who stabbed him was alive. Other ironic element that was used by the author ( Rasipuram Krishnaswami Iyer Narayanaswami) was “He knew no more of what was going to happen to others than he knew what was going to happen to himself next minute” , the author is saying that the astrologer was a fake and he didn’t really guess the persons future.

In Writing and Oral we´ve been learning about legends and, in groups, we chose one legend and presented it.

I felt nervous at the time of presenting, but then happy and relieved that all had gone great. I think that we included a lot of text and so our classmates didn`t pay much attention to us, and were seduced by the visual aids.

I worked with Epi and Lucia and our legend was Atlantis.

In Language we read the story “An Astrologer´s day” by R. K. Narayan and looked up the definition of some vocabulary.

– To gleam: to reflect light 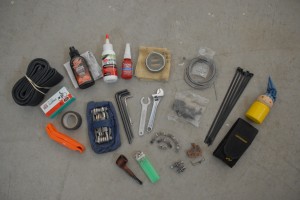 – To look careworn: to look worried

– To feel piqued: to feel angry because someone damaged your feelings of being proud of yourself

– A bluff: an attempt to deceive someone into believing that one can do something

– To hoot: to sound the horn of the car

– To mutter a few incantations: to say words that are believed to have a magical effect when spoken

– To peep: to look quickly

– A pinch of.. : a very small amount of something

– Jaggery: a dark brown sugar made in India 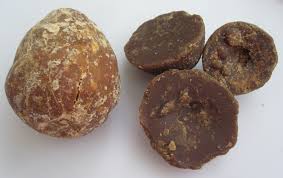 – Pyol: The pyol is a sort of front stoop where Indians often visit with neighbors and watch the world going by 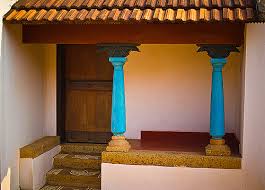 After reading the story: “An Astrologer´s day” we had to answer some questions. The task is in Pilar´s blog.

1) Astrology is the study of the positions and aspects of celestial bodies in the belief that they have an influence on the course of natural earthly occurrences and human affairs. I personally don´t believe in it, I think it´s something humans create, something that can explain the fate or luck. However I wish I have had some magical encounter, but I haven´t.